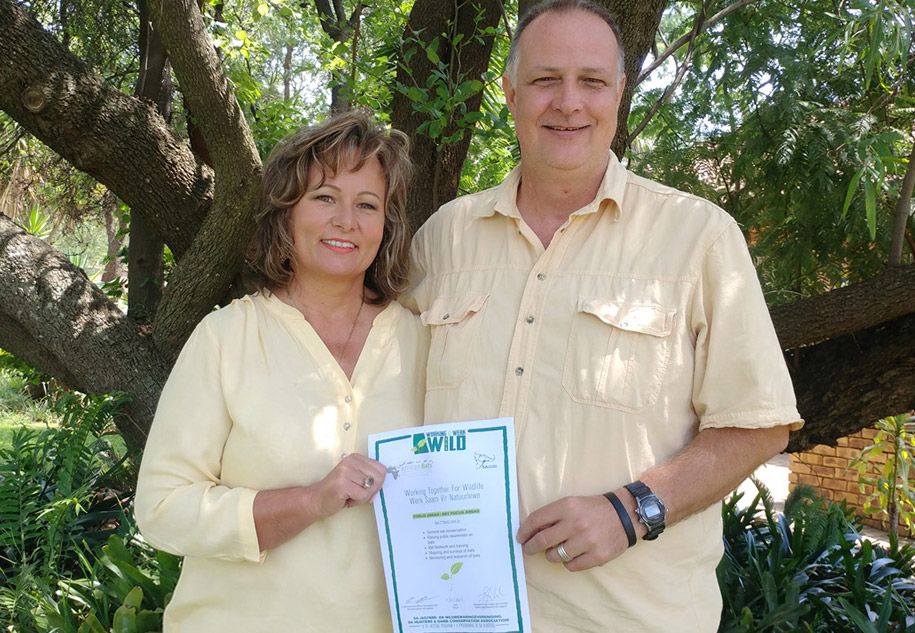 Bat species that eat insects are primary nocturnal predators. Researchers have found that they can play a significant role in reducing the costs of pest control in Macadamia nut plantations as well as other agricultural industries. Fruit-eating bats on the other hand are critical for forest regeneration and at least one of the iconic tree species found in South Africa.

Through this initiative, members of the 80 branches of SA Hunters that are distributed throughout South Africa will be encouraged to participate in structured bat conservation initiatives lead by experts from AfricanBats NPC. Areas identified for collaboration further include raising public awareness on bats, mapping and surveying bats, as well as facilitating research on bats.

According to the manager conservation of SA Hunters, Lizanne Nel, the signing of this agreement between SA Hunters and AfricanBats NPC is the first in a series of initiatives planned by the organisation to improve its impact on conservation.