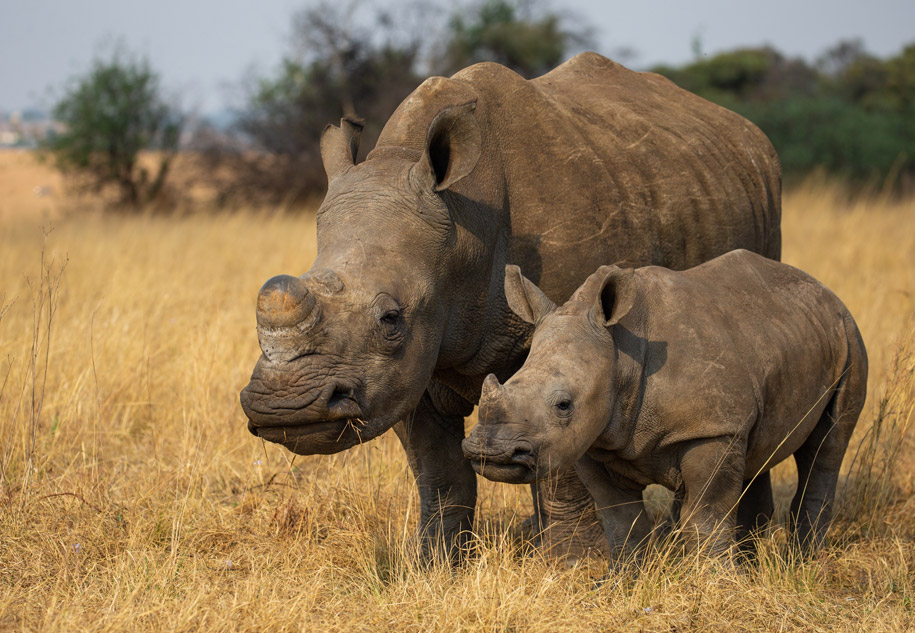 South Africa saw a marked decline in rhino poaching during 2020, with the killing of rhino declining by 33%.

“While the extraordinary circumstances surrounding the battle to beat the Covid-19 pandemic contributed in part to the decrease in rhino poaching in 2020, the role of rangers and security personnel who remained at their posts, and the additional steps taken by government to effectively deal with these and related offences, also played a significant role,” said Environment, Forestry and Fisheries Minister Barbara Creecy.

During the various Lockdown Alert Levels in 2020, the movement of alleged poachers and rhino horn smugglers had been curtailed.  Alongside this, the steps to address rhino poaching and wildlife crime across the country had been aligned to both the Integrated Strategic Management of Rhinoceros and the principles set out in the draft National Integrated Strategy to Combat Wildlife Trafficking (NISCWT).

After ten years of implementing various strategies to combat rhino poaching by local poachers who are recruited and managed by crime syndicates, South Africa has managed to arrest the escalation of rhino losses and has now seen a year on year reduction in the number of poached rhinos. Whilst this success should be celebrated as a moderate win, we cannot become complacent as the escalating demand in consumer countries ensures a lucrative black market trade and thus relentless pressure on all resources to combat this organized crime.

To move from the current moderate win to a strong win, we are focusing on a more proactive and integrated approach that builds on existing initiatives and blurs the distinction made between national, provincial and private parks whilst increasing situational awareness. This Integrated Wildlife Zone approach prevents borders and boundaries from inhibiting planning and implementation to achieve maximum benefit.

During 2020, 394 rhino were poached for their horn in South Africa.  This is 33% less than the 594 killed in 2019, and marks the sixth year that rhino poaching has continued to decrease in South Africa.

During the COVID hard lockdown period we had a significant reduction in poacher incursions into the KNP. However, that changed later in the year as the lockdown levels eased and a significant spike in poaching in the KNP was experienced towards the end 2020, especially during December.

The provincial and national breakdown for 2020 (in comparison to 2019) is as follows:

A number of successful arrests and prosecutions have also been recorded in the past 12 months, giving credence to the integrated work of the law enforcement agencies, including the police, the Hawks, SANParks, the Environmental Management Inspectorate or Green Scorpions, customs officials, SANDF, provincial park authorities and the National Prosecuting Authority.

From January to December 2020, 66 alleged poachers were arrested within the Kruger National Park.  A total of 90 people were arrested for rhino poaching and rhino horn trafficking outside the KNP, and more than 25 major investigations were undertaken across the country.

A special focus is placed by the National Prosecuting Authority on the prosecution of rhino and related matters in order to curb this growing transnational phenomenon. The enhanced focus resulted in a significant increase in the number of convictions and verdict cases finalised, indicating the dedication and commitment of the prosecutors to curbing this growing transnational phenomenon.  A total of 45 verdict cases was finalised with a verdict whilst 44 convictions were obtained representing a remarkable 97.8% conviction rate. The total of 44 convictions represented 69 convicted accused.

The following are examples of successful prosecutions indicating that transnational organised crime as well as poaching cases within the borders of the Republic are addressed through collaboration efforts between the NPA, DPCI, Stock Theft units of the Police and Green Scorpions:

Within the region information sharing between Botswana, Eswatini, Kenya, Namibia, Mozambique and Zimbabwe continues to result in positive outcomes while engagements with Vietnam has seen rhino samples submitted to the RHODIS DNA database for analyses and further investigation.  Malaysia and Singapore have also greatly assisted in several investigations and the submission of rhino horn samples to RHODIS while information sharing between South Africa, China and Hong Kong has begun to further enhance our ability to combat rhino horn trafficking.

While acutely aware that criminal elements within our society will continue to take advantage of the socio- economic pressures and drive demand for illegal wildlife products, the Department, working with a number of communities, NGO’s and donors, identified various community developmental programmes, including awareness programmes in provinces such as Mpumalanga, Limpopo, KwaZulu-Natal and North West through the integrated strategies adopted and facilitated in collaboration with its partners, SANParks, Provinces and neighbouring countries.

** Members of the public can report any suspicious activities around wildlife to its environmental crime hotline which is 0800 205 005 or the SAPS number 10111.

ISSUED BY THE DEPARTMENT OF ENVIRONMENT, FORESTRY AND FISHERIES