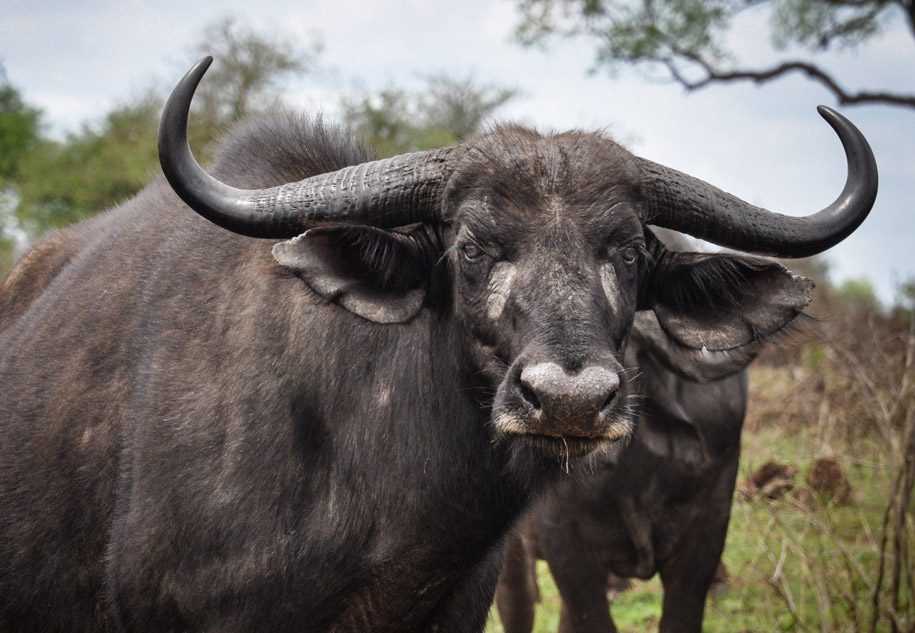 Despite requests from certain experts in the field of hunting and conservation to present for the first time, they were initially not included on the program, while game breeders were allowed a second opportunity after the previous stakeholder engagement in Durban. After enquiry from SAHGCA to clarify the terms of reference of the stakeholder engagement, some first time presenters were included on the program. However, some of them, like Dr. Gerhard Verdoorn, director of the Griffon Poison Information Centre and President of the South African Hunters and Game Conservation Association, as well as Mr Peter Flack, lawyer, world famous hunter and producer of the award winning film, “The South African Conservation Success Story”, were informed at the last minute, that they would not be allowed to present. They had already booked flights and made accommodation arrangements.

After clarification was once again sought from DEA by SAHGCA as to the reasons for this decision, some individuals were informed the day before the stakeholder engagement session that they would be allowed to present, but their presentations were now limited to ten minutes at most. Several presenters however declined these last minute proposals as they had then already cancelled previously made travel arrangements.

At the beginning of the workshop, the facilitator, Ms Khungeka Njobe from Kay-Ann Consulting, indicated that the purpose of the workshops was, amongst other things, to obtain a better understanding of the practice of selective and intensive breeding of colour variants; to facilitate dialogue between role players/stakeholders; to identify key issues/challenges and to make recommendations to the Minister.

Scientists highlighted that natural variation in wild populations of game helped retain genetic diversity and provided populations with adaptive potential in the face of environmental change. It was however highlighted that selective and intensive breeding of colour variations, of which some are known to occur naturally in low frequencies in nature, and the practices associated with this breeding, posed risks to biodiversity. These risks were not just genetic risks associated with inbreeding and line breeding, but included the misuse of chemicals, predator persecution and animal welfare matters.

Dr Phil Desmet discussed a study being conducted by SAHGCA on the impact of high density and electrified fences of the small camps erected for intensive breeding on fragmentation of the landscape. Preliminary results indicated that changes in the landscape were extensive and that there was loss of landscape connectivity in critical biodiversity landscapes.

Dr Petri Viljoen from the Antelope Specialist Group of the International Union for the Conservation of Nature (IUCN) stated that, although the IUCN supported sustainable use of wildlife, they opposed the intentional genetic modification of antelope to produce colour variants or enlarged horns for commercial purposes.

Prof. Andre Buys from the National Association of Conservancies and Stewardship in South Africa, which represents 750 conservancies in South Africa, echoed the concerns raised by scientists. He further referred to the Association of Zoos and Aquariums' position statement that intentional breeding to achieve rare colour-morphs has been clearly linked to various abnormal, debilitating and, at times, lethal, external and internal conditions and characteristics.
Prof. John Donaldson explained that the national Scientific Authority is in the process of reviewing its 2010 position that stated that “breeding of genetically inferior recessive colour morphs does not further conservation...and breeding for rare colour morphs should be discouraged or disincentivized”. The 2010 recommendation that the practice should not be regulated was based on the assessment of genetic risks associated with the assumption that large scale mixing of recessive colour morphs into natural populations was “highly unlikely” to occur. The Minister was, however, advised that the potential threat that could result from this type of practice and the risks associated therewith should be monitored and evaluated. Towards this end, the Scientific Authority recommended that all breeders be registered with DEA and that they report annually on the number of animals leaving their facilities, as well as their destination. These recommendations were not implemented. Since then, there has been substantial growth in intensive breeding of wildlife and, in a report by ABSA released earlier this year, it was stated that 14% of game farmers in the study on “Game Ranch Profitability in South Africa”, bred colour variations, while almost a quarter of game farmers (23%), indicated they were considering investing in colour and morphological variants.

If this trend continues, it will have significantly negative implications for wildlife in South Africa if not regulated. In addition to the biodiversity risks identified, local and international hunting organisations present, with the exception of the Confederation of Hunting Associations of South Africa (CHASA), indicated that they opposed the intentional manipulation and intensive breeding of colour variants and enlarged horns for the hunting industry.

John Boretsky from Safari Club International (SCI) summarised the SCI Record Book Committee’s position on artificial breeding practices whereby the committee would only consider reviewing and adding new species and subspecies to the record book based on scientific evidence of its occurrence and no new provisions would be made for colour variants. He further mentioned that the Outfitters and Professional Hunters Associations of Africa (OPHAA) has declared at a recent meeting that they were against the artificial breeding of animals for the hunting industry and concerned about the line-breeding for colour variants and horn growth.  Although the declaration was generally accepted, some of the members of OPHAA still needed to refer it to their individual member Associations for comment.

The Professional Hunting Association of South Africa (PHASA) rejected any notion or claims that breeding of abnormally large horn lengths, genetic manipulation and any procedure that produced artificial colour variants were to satisfy a significant demand in the trophy hunting market.

SAHGCA referred to the policy positions of other major hunting associations in North America and Europe that have come out publicly against these practices – the Boone & Crockett Club; The Nordic Safari Club and CIC in Europe. Germany’s leading hunting show “Jagd und Hund” also indicated in a communication to exhibitors that they “will no longer allow advertising or selling of canned or captive hunts, including species bred as unnatural colour variations such as golden wildebeest.”

SAHGCA further explained the economic and reputational risks for both hunting and eco-tourism, especially in the light of the recent public outcry against canned hunting and the growing demand for “responsible” tourism.

During the workshop, the question was posed to WRSA, “What is the consumer market for colour variants considering the opposition of major hunting organisations?” The question remained unanswered.

There are clear indications that South Africa is losing market share as a preferred wildlife-based tourism destination to countries like Namibia. According to figures published by the DEA, the number of hunts by overseas recreational hunters visiting the country has shown a steady decrease since 2011 (9 138 hunters visited) to 7 405 visiting hunters in 2014.

According to a presentation by Peter Flack that could not be made at the workshop but which is available on the web, “research published in the December 2014 edition of Game & Hunt by North-West University, indicates that the average overseas hunter spends R 138 200,00 per hunting trip or roughly 4,4 times the average annual spend of the South African consumptive hunter of R 31 471,00. This represents a loss of nearly R 240 million per annum to the country.

While the number of hunts by overseas hunters visiting South Africa has declined since 2007 when it hit 16 394 to the 7 405 in 2014, the corresponding number of overseas recreational hunters visiting Namibia, as supplied by the Ministry of the Environment and Tourism, reached 23 768 last year, including 6 985 from North America and 13 730 from Europe.” The Namibian Sun reported that the Minister of Environment and Tourism of Namibia, Pohamba Shifeta, in his official speech at the 42nd  Annual General Meeting of the Namibia Professional Hunting Association (NAPHA), said that those who bred domesticated wildlife and put wildlife that was manipulated and bred intensively in captivity up for sale, were putting hunting and conservation at risk.

The positive contribution of extensive game farmers to conservation and the economy was emphasized by SAHGCA, WRSA and other presenters. SAHGCA however warned that, if the perceived trend of disinvestment in extensive game farms and investment in intensive breeding camps continued, the contribution of the private sector to national conservation targets and ecosystem services which form the cornerstone of the economy may decrease substantially.  This would result in government having to increase its budget in order to achieve these targets, to fulfil their constitutional mandate as Trustee and to facilitate justifiable socio-economic development.

Recommendations made by SAHGCA included a Strategic Environmental Assessment to be conducted for the growing game breeding industry to consider cumulative impacts; regulations to limit identified impacts;  different land use categories, distinguishing between extensive game farms and intensive game breeding operations, linked to a certification system so that consumers such as hunters could make informed choices between intensively bred wildlife and those from extensively managed game farms; and  incentives for extensive game farms that contributed to conservation targets, ecosystem services and broad-based socio-economic growth.

It is not certain how DEA intends to process information from the “dialogue” and data collected during the two days, and align that with the views of the public at large and DEA’s responsibility as Trustee of the RSA’s biodiversity heritage. The way the two days of dialogue were organised and structured, was insufficient with respect to both public consultation as well as in-depth interrogation of relevant issues.
What is clear though, is that there are growing concerns and evidence from various sectors regarding the potential cumulative impacts of intensive and selective breeding of game for the commercial benefit by game breeders and how this may impact on the broader wildlife industry as well as the wildlife heritage of the broader public and future generations.