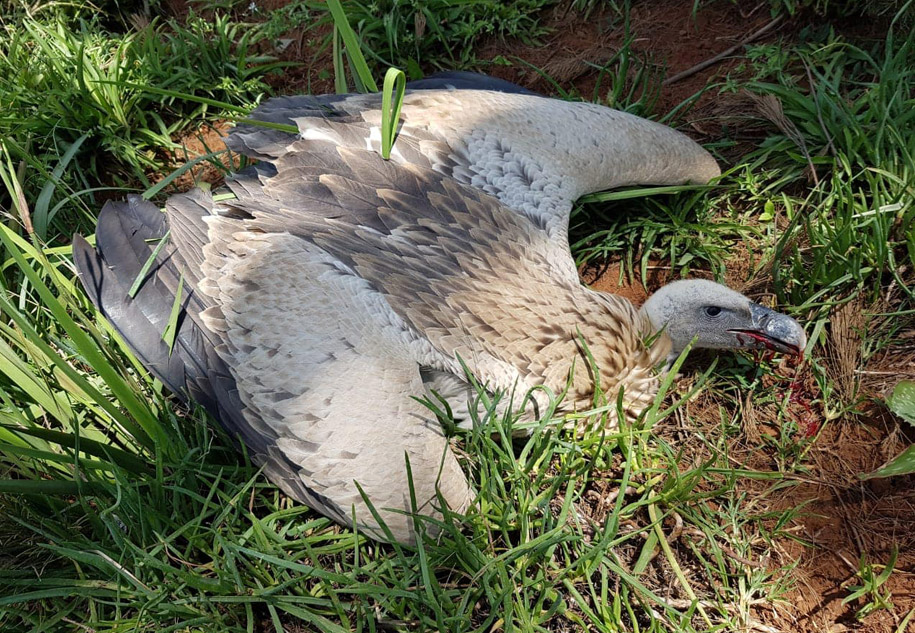 VulPro, an NGO that works tirelessly to safeguard Africa’s vulture populations through rescue and rehabilitation, has experienced an alarming number of rehabilitation cases for the months of December 2018 and early January 2019.  Most of these cases have coincided with the fledgling stages of our endemic Cape Vulture (Gyps coprotheres) and African White-backed  (Gyps africanus) vulture species.

During the month of December 2019, 23 vultures were brought into VulPro for treatment for either/or/and dehydration, starvation and calcium deficient injuries.  Since then the total number of 13  birds collected just within 6 days (more than 2 birds per day!) for the  month of January indicates a huge disaster looming.  A large percentage of these birds are young fledglings that have either left their nest too early, have not had sufficient calcium in their diet and now together with the extreme climatical conditions of extreme heat, lack of available water and sufficient food, is taking it’s toll on both species.

Said Kerri Wolter, founder and manager of VulPro: “It feels as if the whole Magaliesberg fledgling population presently being treated at VulPro!  For our team, it has been physically exhausting and emotionally draining requiring long hours on the roads to fetch grounded birds and many hours treating, rehydrating and feeding these birds 24 hours a day. Some have come in with broken bones, dislocated joints, bent bones which is a sure sign of calcium deficiency.   Some we have sadly not been able to pull through.  This too has stretched our manpower resources, however, we have a responsibility internationally to safeguard African vultures and will continue to do so.”

Cape Vultures are classified as globally endangered with fewer than 4200 breeding pairs left and the African White-backed vulture now uplisted from endangered to critically endangered (IUCN Red List of Threatened Species IUCN 2018-2). These vultures are typically slow breeding, reaching maturity between five and seven years of age and laying one egg a year.   Fledglings leave the nest towards the end of November, beginning of December.

While the majority of South Africa has been experiencing extreme above normal temperatures for the first half of summer together with the continued drought in many parts of the country, this has led to environmental conditions beyond the norm for the young fledgling vultures.  Many of these birds are being found in areas way out of their range, often in urban areas, or along the highways or even on busy national roads, extremely dehydrated and more than likely have been without food for up to 10 days.  These birds seem totally disorientated and unless assisted will certainly die.  Lack of water and food is the prime cause for this environmental collapse of these vulture populations.  Very few birds are being collected/found in areas where food supply (known active vulture restaurants) and water is still sufficient.

VulPro appeals to all the members of the public, to contact them directly should they see or find birds that are grounded, disorientated or injured.  Furthermore should it be possible to supply ‘safe’ food to consider establishing vulture restaurants to assist these fledglings and avoid a complete collapse of these vulture populations.  Guidelines in this regard are available from VulPro. 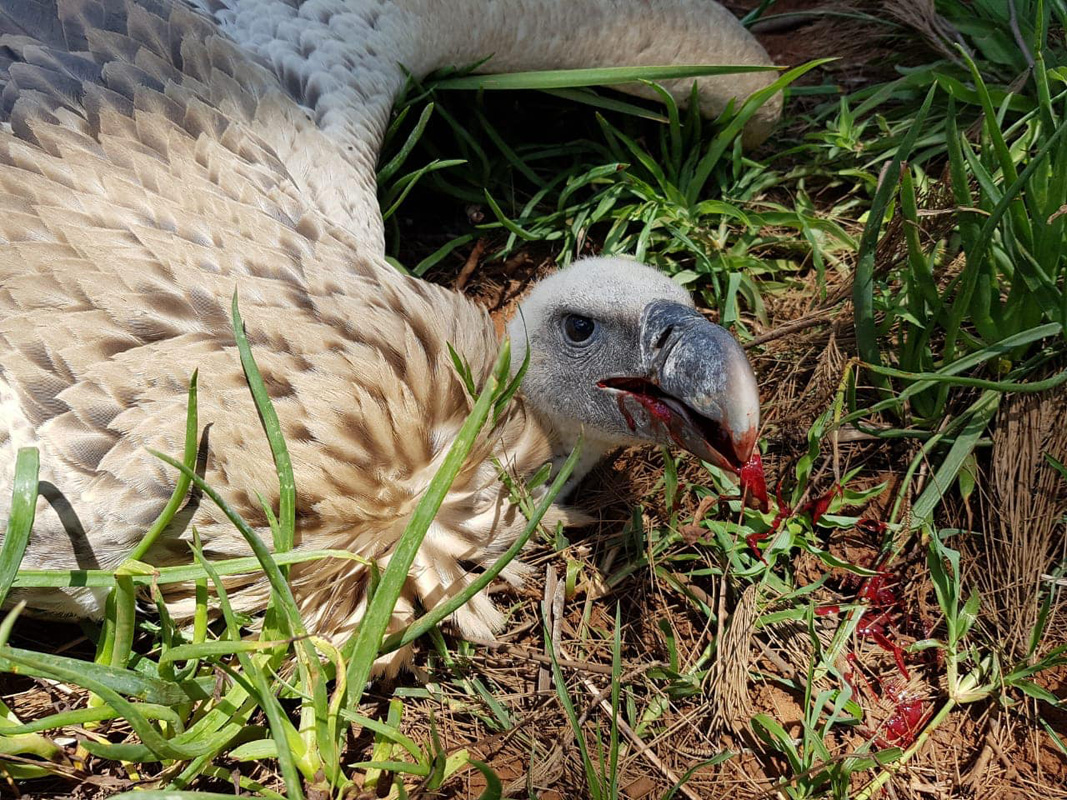 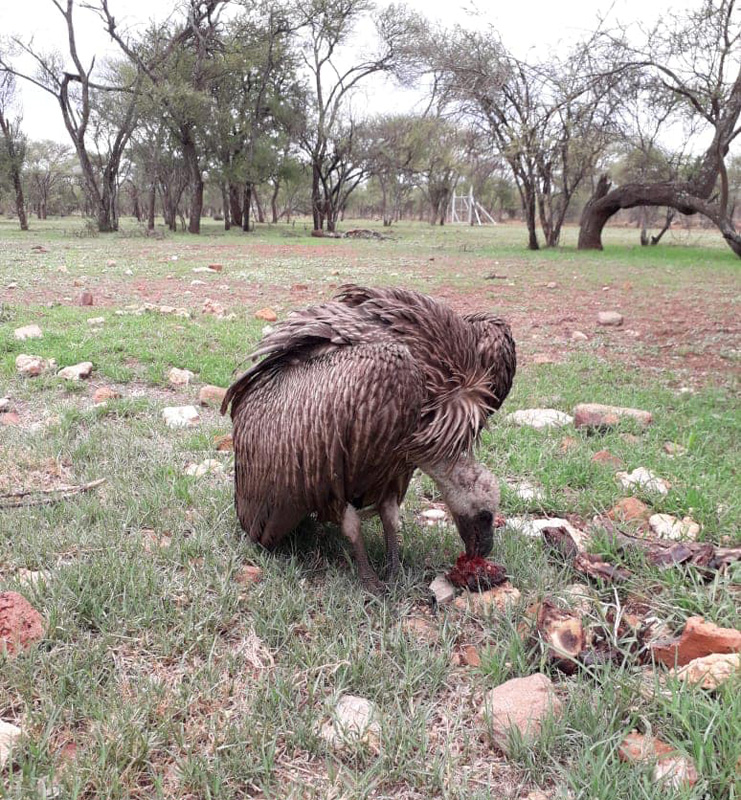 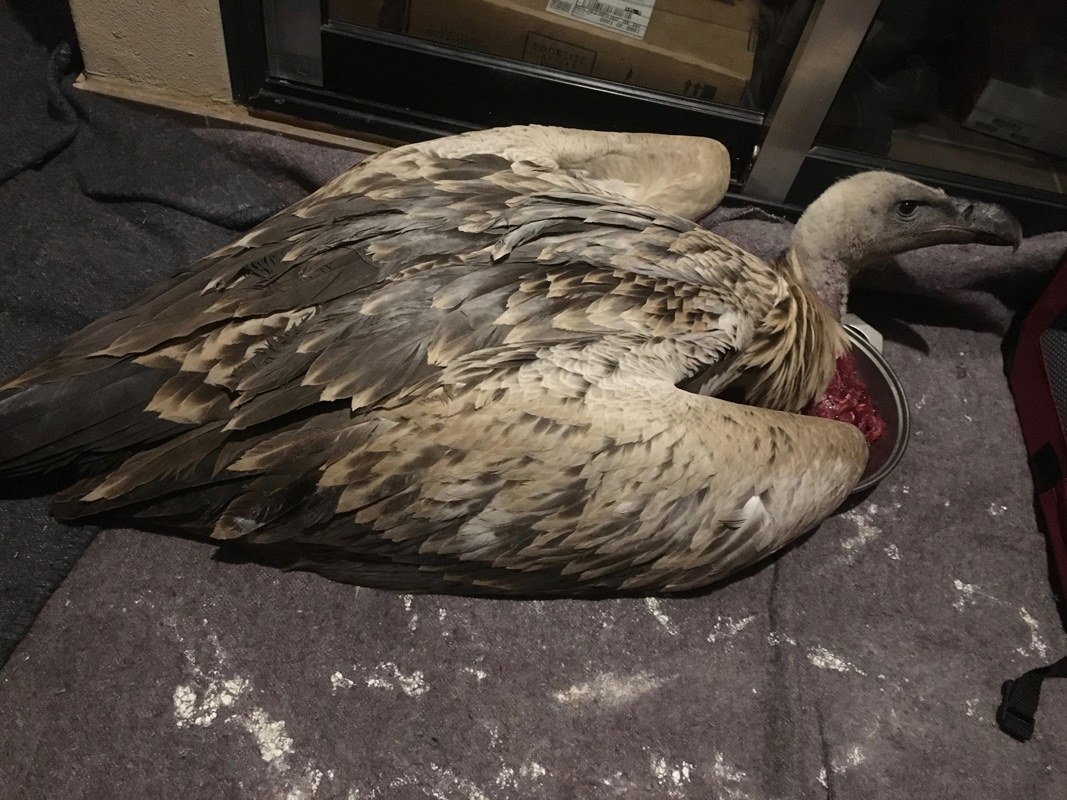 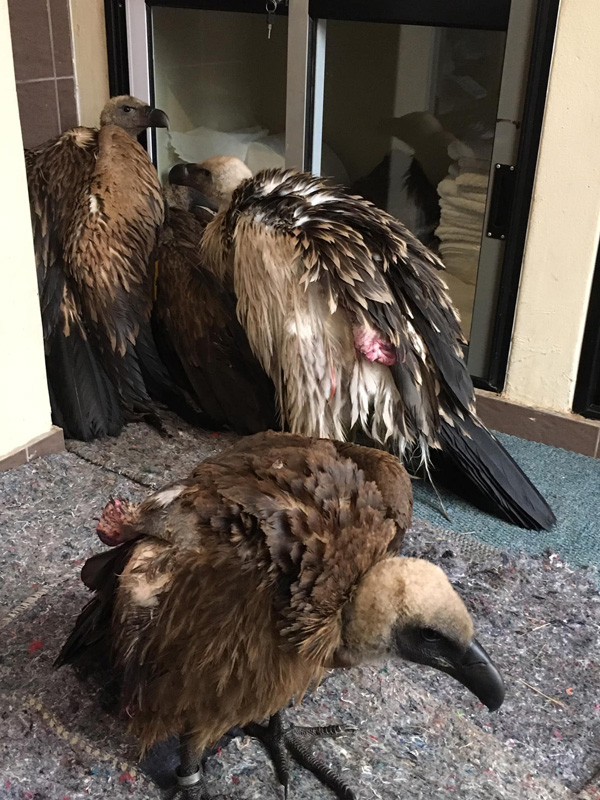 Kerri Wolter - VulPro
E-mail: This email address is being protected from spambots. You need JavaScript enabled to view it.

Kate Webster - VulPro Eastern Cape
E-mail: This email address is being protected from spambots. You need JavaScript enabled to view it.

More about VulPro
VulPro is an NGO that approaches vulture conservation in an integrated, multidisciplinary fashion, with the benefits from the programme accruing to both vultures and society at large. VulPro combines education and good science, with networking, capacity building and knowledge generation. The veterinary disciplines of toxicology, pharmacology, clinical pathology and medicine are combined with the science of GSM/GPS telemetry and the banking of genetic and DNA resources, with the goal being to positively influence the well-being of our natural resources to ultimately benefit society. In this regard, VulPro engages in a number of interrelated activities, and uses a variety of resources, in endeavouring to meet its objectives.